50 Percent of California's Salmon May Be Extinct in 50 Years, Thanks to Humans 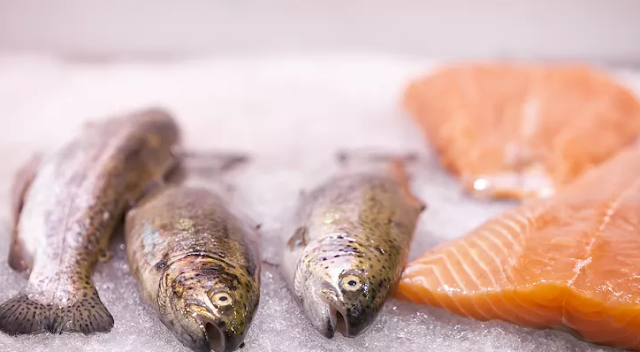 A new study from UC Davis and the nonprofit CalTrout, predicts that oil spills, climate change, and droughts, could reduce the California salmon, steelhead, and trout species by 50 percent in the next 50 years, and by an even greater 75 percent over 100 years.

California's fish have humans to thank for their dwindling numbers. Climate change – caused by "human expansion of the greenhouse effect," according to NASA – is making it increasingly difficult for wild salmon, steelhead, and trout, to find the cold water habitats where they thrive. The researchers also blame dams that block the path of the fish back to their spawning grounds, and rapid urbanization in general, as further dire threats to their survival.

Since an accompanying 2008 study was published on the state of the salmon population, their situation has not improved: The number of species expected to go extinct has tripled since then. The researchers also think that the remaining salmon, steelhead, and trout species are much "worse off" than they were ten years ago because of California's 5-year-long drought.

In 1975, one of the California's native fish species, the bull trout, went extinct, and Curtis Knight, executive director of CalTrout, said in a press release, said that it's "remarkable" no other species have gone extinct since then.

In order to prevent any further extinctions, the researchers hope to remove dams, protect their "source waters" in meadows and springs, and restore the estuaries, coastal lagoons, and floodplains that constitute their natural habits.

Their conservation efforts are making sure salmon stick around our planet for the long haul, because we'd rather not imagine a world without sushi and lox.