Tuna in Oil Vs. Tuna in Water 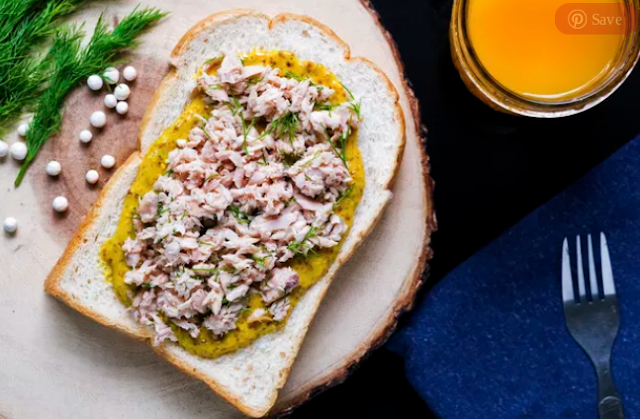 Canned tuna is great for a quick and convenient lunch, and is also the perfect store cupboard standby for family favorites like a pasta bake or crowd-pleasing tuna cakes. But whether you should buy tuna in oil or tuna in water is a conundrum.

Is Tuna in Water Healthier?

When it comes to omega-3 fats — healthy fats that the American Heart Association says may reduce the risk of heart attacks and strokes — canned tuna in water is also the better bet.

However, in some cases, tuna in oil scores better. For instance, 1/2 cup of canned tuna in oil has 55.5 micrograms of selenium compared to 48.7 micrograms in the same amount of tuna in water. According to the National Institutes of Health Office of Dietary Supplements, selenium is important for reproduction, thyroid gland function and protecting the body from infection.

Separate from the issue of canned tuna in oil vs canned tuna in water, you've probably noticed that there are two other main varieties of the fish on sale in the grocery store. These are "light" tuna (largely skipjack) and "white" (also known as albacore) tuna.

These two types of tuna differ in their toxin content — in particular how much mercury they contain. According to the Food and Drug Administration (FDA), canned light tuna is a "best" choice when it comes to mercury content. However, canned and fresh white or albacore tuna only rates as a "good" choice. It's recommended that people limit their consumption of fish types that fall into the latter category to one portion a week.

The FDA also says that pregnant and breastfeeding women should choose the types of fish lowest in mercury, so if you are in this group and are shopping for canned fish, you would be better buying light, and not white/albacore tuna.

The best advice if you are not pregnant or breastfeeding and aren't eating more than a portion (4 ounces) of tuna a week, is to choose the tuna that best suits your personal taste or the recipe you are using. You might find drained oil-packed tuna more appetizing eaten as a snack with cut up veggies for example. Plus, choosing tuna in oil might mean you don't need to add mayonnaise.

State-registered UK dietitian Helen Bond tells LIVESTRONG.com: "Though there are waistline advantages to tuna in water, tuna in oil is not an unhealthy option. This is because the oil that tuna is packed in almost always an unsaturated oil, like sunflower oil or soybean oil, so isn't bad for your heart health like a saturated oil can be."

Perhaps more relevant health-wise is how high your can of tuna is in sodium, which the Centers for Disease Control and Prevention says can increase blood pressure. Compare labels and try to choose a lower sodium variety; Harvard Health Publishing also says rinsing canned tuna to is an easy way to cut down on sodium.

YaDa Chef's cooking school JUST for kids! Teaching children of all ages that cooking can be creative, full of discovery, and a lot of fun!  YaDa Chef provides hands-on cooking classes allowing kid's imaginations to run wild and free while discovering new science, math, reading, health and social skills. YaDa Chef offers a unique culinary experience offering cooking classes to children in an environment that encourages discover and creativity.  Each class is a new experience.  Themes chosen, either our one of YaDa Chef's chefs, by the child or parent assist in sharpening skills and taking the mystery out of the kitchen.  Removing the fear of the unknown while incorporating subject matter which ties into each theme. Our highly qualified chefs, in coordination of nutritional experts carry out a mission to provide an interactive learning experience giving children the opportunity to develop a life-long love of the culinary arts. Each class is designed to familiari
Read more

Do you have fond memories of those favorite cookies that no will make anymore? You probably not only miss them, you also miss the tradition. How about a Family Cookie Party!!!!! You provide two to three recipes (depending on how complex). — Go to the attic and pull out those old family recipes!  We will plan, shop and do ALL the prep aration for your family (or just kids) baking party. The party usually takes less than an hour (kids baking is sometimes closer to two hours). YaDa Chef provides the ingredients and you provide the equipment (we bring oven thermometers to ensure your cookies are baked properly). There will be enough cookies for the party and some to store in the freezer. *** Disclaimer. Often grandma, grandpa, aunt, uncle, mom, dad, will omit an ingredient in “their” recipe to ensure no one else can make it. Please be sure and have the best copy of the recipe available. *** The cost for Cookie Party is $175 with up to five family members. Avail
Read more

This is a very basic pasta recipe.  You can use it for any shape you want.  Some of the most delicious food is “peasant “ food, and this is one of them.  Pasta made with egg is more common in the northern regions of Italy, such as Piedmonte, or Emilia Romagna. 1-2 servings  100g/3.5 oz/a little more than 3/4 cup All purpose (Strong) flour, 00 is the best 1 egg 1/2 teaspoon/2ml olive oil If making by hand.  Put flour on the counter top in a mountain shape.  Make a well in the middle. Crack an egg in a bowl and  beat it to break it up. Pour the egg in the center of the well. Pour in the oil.  Slowly with the fork start mixing the egg into the flour by pulling a little bit at a time from the inside. Once mixed (it will be crumbly) bring everything together with your hands and knead for 10 minutes or the dough is smooth and will bounce back when you poke it gently with your fingers.   If using a processor, add the flour, egg and oil.  Pulse on and off or 5-6 tim
Read more

Traveling Dinner Parties  or  Supper Club  or  Dinner Club or Sup'clubs or Popups  also known as  Underground Dinner Parties , whatever you choose to call it, the concept of a chef dinner is actually very simple. A dinner party is put in place at people's homes, private venues, or places of business. Those invited are charged a fee to attend to cover the cost of the chef, servers, food, china/rentals and other incidentals.  In our case, the balance of the monies taken in go to the chosen charity or non-profit specified by the host or venue. In many cases, the servers can be volunteers, the china/rentals can either be high-end disposables or the guests bring their own plates and cutlery. Doing this helps with your bottom line and allows more funds for your charity or non-profit. Often, if wine is needed, this could be donated by a winery - with the chef customizing the menu to be paired with the wines of each course.  The same can be of spirits. These dinner part
Read more

Ripe vs. Unripe Bananas: Which are Better for You?

When it comes to bananas many of us go well … literally “banana’s” for them; after all, they are the  nation’s favorite fruit  and the original 100-calorie snack! Sometimes we often look at fruit and think “oh, it’s far too ripe” or “oh dang, that fruit is too green!” which is a shame because quite often different stages of a fruits maturity have different benefits. UNRIPE BANANAS Benefits:  One benefit of green bananas is the high resistant  starch content . For anyone trying to avoid food with high sugar content,  green bananas  are an option whereas yellow bananas are not. So those suffering from Type 2 Diabetes can eat the unripe fruit while maybe ripened bananas are not as compatible. Unripe bananas also have  probiotic bacteria , a friendly bacterium that helps with good colon health. In addition, green bananas also help you absorb nutrients better, particularly  calcium . Drawbacks:  Because antioxidant levels actually INCREASE as bananas age, unripe bananas are low
Read more