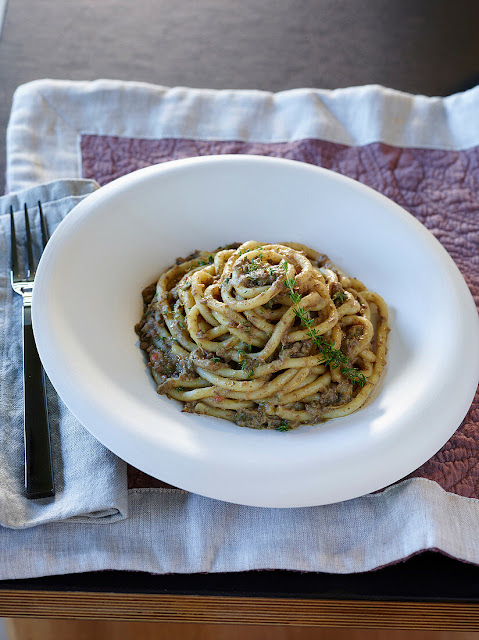 Fegatini is traditionally an appetizer served on crostini in Tuscany.  I was living on South Beach and  found myself with nothing by some dried pasta and left over fegatini...it has been a favourite of mine ever since.

Place chicken livers in a small bowl with the vinegar to soak while you chop and cook the vegetables. Heat the olive oil in a skillet. Add the carrot, onion and celery and cook over low heat, stirring occasionally, for 5 minutes. Dip the chicken livers into the vinegar, pat dry with paper towels and add to skillet. Pour in the wine and season with salt & pepper. Cook, stirring frequently, until browned. Remove the chicken livers from the skillet and chop finely, then return them to the skillet and cook for 2 minutes more. Beat together the egg yolks and lemon juice in a bowl. Remove the skillet from the heat and stir in the egg yolk mixture.  Toss with cooked pasta.

Beef Stew in a Hurry Recipe