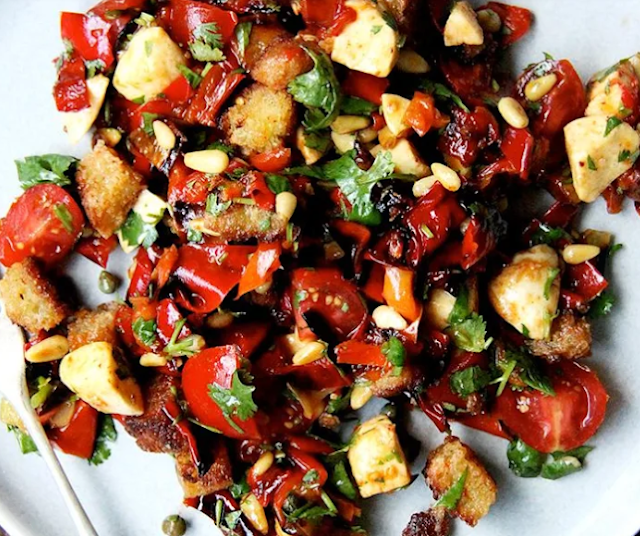 About ½ small loaf crusty bread (such as sourdough), cut into ¾-inch cubes

1 tablespoon vinegar (such as white balsamic, balsamic or red wine)

1. Make the magic peppers: Preheat the oven to 450°F. Cut each pepper in half through the core, and remove the seeds and stems. Cut each half into three or four pieces, then place the strips in a large bowl; season with salt and pepper to taste. Drizzle with the olive oil and toss to coat.

2. Arrange the peppers slices, cut side up, on a baking sheet. Roast until the peppers are tender and slightly browned on the edges, 25 to 30 minutes—thinner peppers will cook more quickly, so start checking at 25 minutes, if not sooner. The peppers can be used warm or at room temperature.

3. Make the salad: In a medium bowl, toss the bread cubes with olive oil, salt and pepper. In a large skillet over medium-low heat, fry the bread until golden, 8 to 10 minutes.