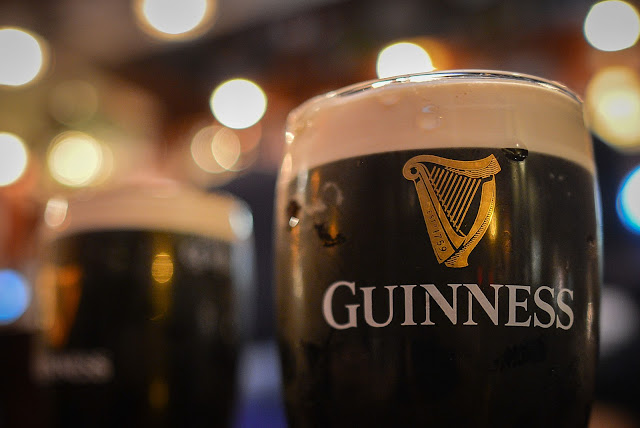 When bars began to close due to the COVID-19 pandemic, one of the big questions became what is going to happen to all that extra draft beer? Unfortunately, yes, some of it would simply get dumped. But other options are available as well: Finding last-ditch way to repackage it for retail sale. Or distilling it into hand sanitizer. Or, in the case of Guinness, using it to grow Christmas trees.

In a recent discussion with the Press Association, Aidan Crowe—director of operations at Guinness’s St James’s Gate brewery in Dublin, Ireland—said that, among multiple outlets for excess kegs of its famed stout, a good chunk of the beer should still make someone’s holiday happy—even if they aren’t able to actually drink it.

When bars shut, Guinness offered to recollect unused kegs from pub owners. From there, Crowe explained, “Basically, what we do is we take all the keg beer back, and we decant it, and we disperse the product through a number of environmentally sustainable routes. The vast majority of the beer goes to willow and Christmas tree plantations; it’s used as nutrients in those farms.”

Overall, Crowe didn’t specify how much beer had to be returned to the brewery, but he estimated it was somewhere in the “hundreds of thousands of kegs” range—with some areas still sending beer back in. “So it’s an unprecedented problem for us to have, and we wanted to ensure that, in terms of how we manage that and manage the beer, it was environmentally sustainable, because that’s so critically important, not just for our business, but obviously for the country as a whole as well,” he told the PA.

Admittedly, not all of the extra Guinness turns people’s Christmases hollier and jollier—though it’s almost certainly the most exciting use. Crowe said other options included processing the stout into a bio-gas or simply composting it.

But regardless, for Guinness fans, the even better news is that—after ramping down keg production at the brewery nearly to a complete halt—Crowe said, “Now, thankfully, we’re on the other side of that, we’re ramping up very, very strongly through the months of June and July.” Good news for drinkers, that is, but bad news for Christmas trees.