Mulled Wine By Any Other Name... 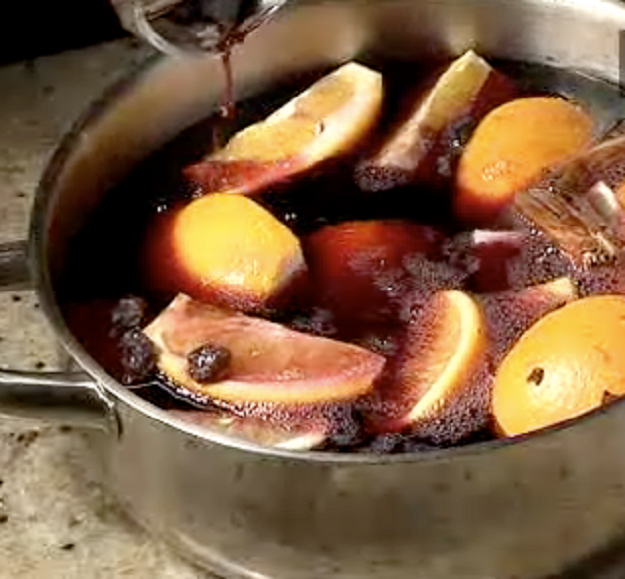 Heated wine dates back to ancient times, when spoilt wine was converted back into a drinkable form by heating and the adding of spices and honey. In medieval times heated wines were called Ypocras or Hipocris, named after 'the father of medicine,' the Greek physician Hippocrates. Purer than the water in those days, it was thought to be a very healthy drink.  During the 1500's, the mulling of clarrey, or bordeaux wine was popular, sweetened with honey and spiced with cinnamon and cardamon.

Living in Southern Florida times are few and far between (at least according to our northern brethren) that we need a drink to warm us up on a cold winter’s night.  The popularity that this spiced and sweetened wine enjoys in Great Britain and Europe has not hopped the pond. Why I am not sure. To me mulled wine spells holidays and festivity.  It brings back wonderful memories of family and friends spending time together.

Mulled wine goes by many different names here are a few...maybe this is the cause of all of the confusion.

Glögg - in Scandinavian countries, it is spiced with ginger, cloves and cinnamon. Sugar is added to the red wine and brandy or vodka is also added sometimes.
Glühwein - glowing wine, in Germany.
Vin brulé - burnt wine, in Italy.
Grzane wino - heated wine, in Poland.
Varené wino - boiled wine, in Slovakia.
Forralt bor - boiled wine, in Hungary.
Quentão - in Brazil, it is made using cachaça, an alcoholic beverage made from fermented sugar cane mixed with spices. In some parts of the country though these days, cachaça has been replaced for the more common red wine.

Here is a basic recipe for mulled wine.  Try it out and I think you will be a convert.


Place all ingredients in a large sauce pan or crock pot.  Heat the ingredients on a medium low heat for 20 - 25 minutes, being careful not to boil.  Serve in mugs. Garnish with additional cinnamon sticks.

Use whole spices as ground can make the drink gritty.