Ruin Your Breath, Save Your Health: The Secret Life of Garlic and Onions 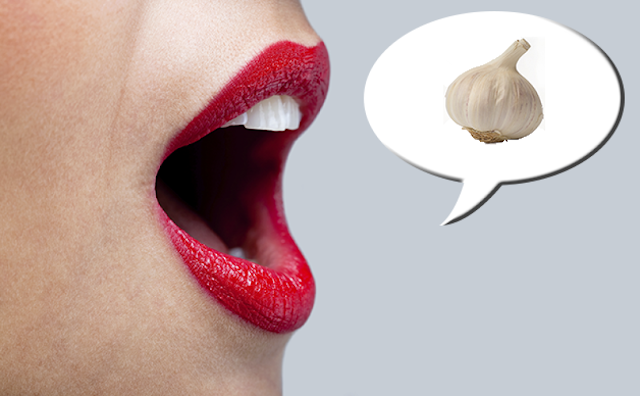 Researchers have long suspected that garlic’s benefits extend beyond warding off vampires and bad dates. Now studies from several widely separated institutions have not only confirmed that garlic and its cousin the onion confer major health benefits-including such remarkable feats as fighting infection, cancer, and heart disease-but have also shown how they do it. And in the course of such studies, researchers may have come up with some important new therapeutic agents.
One study, led by microbiologist David Mirelman and biochemist Meir Wilchek of the Weizmann Institute of Science in Rehvot, Israel, found that allicin, a natural sulfur compound that protects garlic from soil parasites and fungi, effectively disables microbes that cause disease in humans. The team discovered that allicin blocks two groups of enzymes that normally empower infectious microbes to invade and survive in host tissue. Because both enzymes are found in a variety of bacteria, fungi, and viruses, allicin may prove to be a broad-spectrum antimicrobial drug. Moreover, microbes are unlikely to develop resistance to allicin, Mirelman says, because to do so they would have to alter their own major enzymes, which would lead to their destruction.
One problem in using natural allicin as an antimicrobial drug is that it loses its beneficial properties within hours after a garlic clove is crushed and the compound begins reacting with other substances. The Weizmann researchers are therefore patenting a method to make synthetic allicin that can be stored for months without loss of effectiveness.
It seems as though infectious diseases aren’t the only ones that garlic can ward off, either. In separate studies, nutritionist John Milner of Penn State’s College of Health and Human Development discovered that garlic and onions can block the formation of nitrosamines in the test tube. Nitrosamines are potent cancer-causing chemicals that target the liver; Milner showed that the higher the dose of garlic and onions, the lower the levels of nitrosamines that formed in cells. These carcinogens, composed of nitrates and nitrites absorbed from food and water, build up naturally in the body. “Well over 90 percent of nitrosamines are carcinogens,” he says, “so anything you can do to counteract them should be important in reducing cancer risk.”
In another set of experiments, horticulturist Irwin Goldman of the University of Wisconsin in Madison found that the sulfur compounds that give garlic and onions their strong odor and flavor also prevent platelets (tiny disc-shaped bodies in blood) from sticking to each other in the test tube. “When someone has a blockage from plaque in an artery, platelets aggregate around the plaque to block blood flow,” he says. Preventing the platelets from adhering to the plaque can reduce the risk of heart attack and stroke. And Goldman, who worked only with compounds extracted from onions, found that the more pungent the bulb, the more anti-stick capability it had.
But even if you choose the most pungent bulb possible for your cooking, you won’t be getting the full therapeutic effect. The problem is that to reap the full benefits people would probably have to eat the onions raw because, as with allicin, these compounds quickly lose their potency. In fact, Goldman says, just one minute of cooking destroys all antiplatelet activity.
The solution, says Goldman, is to try to breed milder onions with high medicinal value that most people can tolerate raw. Instead of taking an aspirin a day to keep heart disease at bay, grocery stores may someday stock onions high in antiplatelet activity. “People are always looking for alternatives, especially from natural sources,” he says. Now it looks as though some of those natural sources may be just what the doctor ordered-and the more pungent the better.
MIT Technology Review
personal chefs and event catering
Miami + Miami Beach + Fort Lauderdale + Palm Beach
www.yadachef.com
info@yadachef.com | 954-367-YADA (9232)