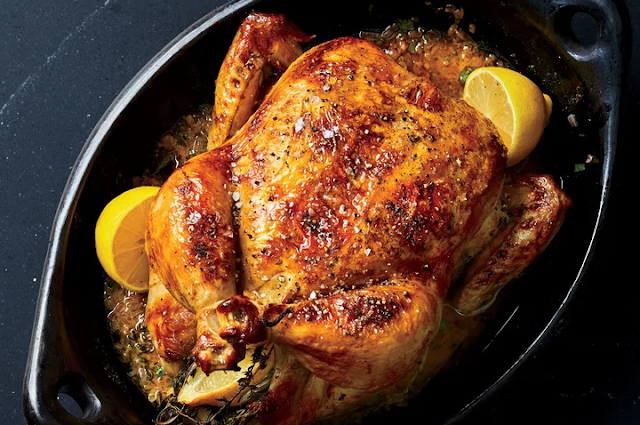 Because it's getting hard to tell.
CAITLIN PETREYCIK

For decades, American grocery stores demanded bigger and bigger chickens, but late last year, prices for beefed-up birds fell to record lows. One reason: shoppers are increasingly aware that larger chickens often have tougher (or just texturally different) meat—a side effect of genetic selection that allows meat companies to raise chickens roughly twice as fast as they did 50 years ago, according to The National Chicken Council. Now the industry is sinking millions of dollars into reversing these meat abnormalities (which, FYI, don't pose any food safety risks). Here are the main three affecting chickens from commercial farms right now.

The name says it all. First spotted around 2015, spaghetti meat is the term researchers use to describe chicken breast fillets that can be pulled apart by hand. "It looks like spaghetti noodles," Dr. Casey Owens, a University of Arkansas professor, told the Wall Street Journalthis link opens in a new tab, adding that the muscle fibers have a "stringy texture." Now, it can be detected in four to five percent of all chicken breast meat samples.

The mysterious, possibly-genetic affliction—which plagues heavier poultry—doesn't cause any harm to chickens (or the people who eat them), but it does make the birds' meat tissue unusually coarse. It's spread pretty quickly—woody breast was first detected in 2013, and is now present in about 10 percent of chicken breast meat samples.

If you haven't come across a chicken breast afflicted with spaghetti meat or woody breast, maybe you've eaten one with white striping—it occurs in about 30 percent of samples. Basically, it's a muscle disorder affecting chicken breasts that results in higher fat levels. It also makes the meat harder to chew (although a bird with white striping won't be as leathery as one with woody breast), and decreases the protein content.
While research is being conducted on all three afflictions, scientists haven't drawn any conclusions just yet. As a Tyson spokesperson explained to the WSJ, “While there are some factors linked to the occurrence—including bird weight, feed ingredients and the time of year the bird is grown—even a combination of these factors will not necessarily produce the same issues consistently."
FOOD&WINE