Science News: Oversized Meals Have Been Shown To Be A Factor In Obesity 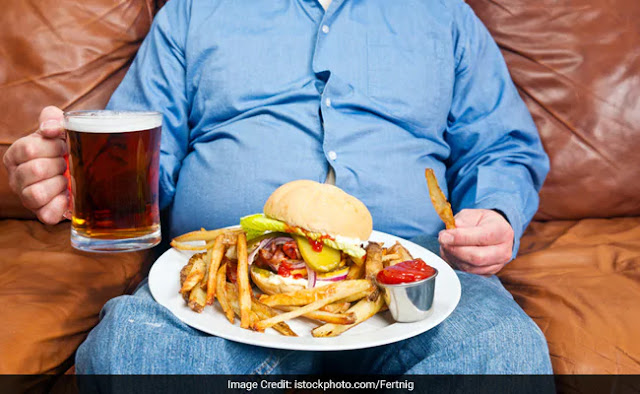 Restaurants frequently serve oversized meals, not only in the United States but also in many other countries, according to a study conducted by an international team of researchers and supported by FAPESP -- São Paulo Research Foundation.
Published in the British Medical Journal, the study weighed and measured the energy content of meals served by restaurants in Brazil, China, Finland, Ghana and India.
The results showed that 94% of the most popular main dishes served in sit-down restaurants and 72% of those purchased over the counter from fast food outlets contained more than 600 kilocalories (kcal), the benchmark recently recommended by the United Kingdom's National Health Service (NHS) to help reduce the global obesity epidemic.
The researchers found a significant correlation between meal weight and energy content. They concluded that some popular meals were both far larger and more caloric than necessary.
Examples include Brazil's traditional rice, beans, chicken, cassava and salad with a bread roll (841 g and 1,656 kcal); Ghana's classic fufu, goat and soup (1,105 g and 1,151 kcal); and India's popular mutton biryani (1,012 g and 1,463 kcal).
"Obesity is a world health problem caused by several factors, such as sedentary living, processed food and sugar intake, and overeating. Many people may confuse food craving with hunger. This study shows that any strategy to combat obesity should also consider these excesses," said Vivian Suen, a professor in the Department of Clinical Medicine at the University of São Paulo's Ribeirão Preto Medical School (FMRP-USP), who is a coauthor of the article.
The World Health Organization (WHO) considers obesity a global epidemic and a major risk factor for heart disease, stroke and diabetes, among other diseases. It estimates that 1.9 billion adults are overweight and 600 million are obese worldwide.
According to the study, the selected restaurant and fast food meals supplied between 70% and 120% of the daily energy required by a sedentary woman -- approximately 2,000 kcal -- except in China, where the energy content of the most popular meals was significantly lower.
"The study did not take into account the mode of preparation or the nutritional composition of the meals analyzed. The fact is that many people who patronize these restaurants are overeating," Suen said.
The researchers measured the energy content of a representative sample of 223 popular meals purchased from 111 randomly selected sit-down restaurants and fast food outlets located in the following five cities: Ribeirão Preto (Brazil), Beijing (China), Kuopio (Finland), Accra (Ghana) and Bangalore (India).
They compared these findings with data from restaurants in Boston (USA) extracted from previous studies by Tufts University. The restaurants and fast food outlets were located within an area of 25 square kilometers around each participating research center.
"The findings refute two widely held ideas. We're not just eating the wrong foods but also overeating, and in terms of calories, a meal considered healthy may often increase the organism's energy balance and hence add more weight than a fast food meal," Suen said.
The results showed that the energy content of a fast food meals was lower on average (809 kcal) than that of a sit-down restaurant meal (1,317 kcal). However, the study was far from being a defense of fast food outlets.
"It can be taken as a warning that while we're focusing on fast food and campaigns to encourage healthy eating, all of which is positive and necessary, we're overlooking important factors such as the sheer amount of food we eat, which can also have a major impact on global obesity," Suen said.
Compensation
Oversized portions also have an effect on the so-called compensation mechanism, Suen explained.
"When nonobese people have a large midday meal, they normally feel less hungry in the evening and eat less for dinner, for example," she said. "However, obese people appear not to have this perception, as has been found in several studies by the research group at Tufts University. Therefore, this regulation in terms of eating less in the next meal doesn't happen in obese individuals."
Another problem with obesity is the organism's resistance to weight loss.
"There are countless diets -- low carb, high protein, low fat, and so on -- but which is best for weight loss? No one truly knows. What matters in the long term is total energy content in terms of calories.
Food quality is also important, of course. Eating low-quality carbohydrates such as saturated fat or large amounts of sugar contributes to diseases associated with excessive intake of these products. Weight gain is associated with excessive calorie intake," Suen said.