Starting a Gluten-Free Diet: A Guide for Beginners 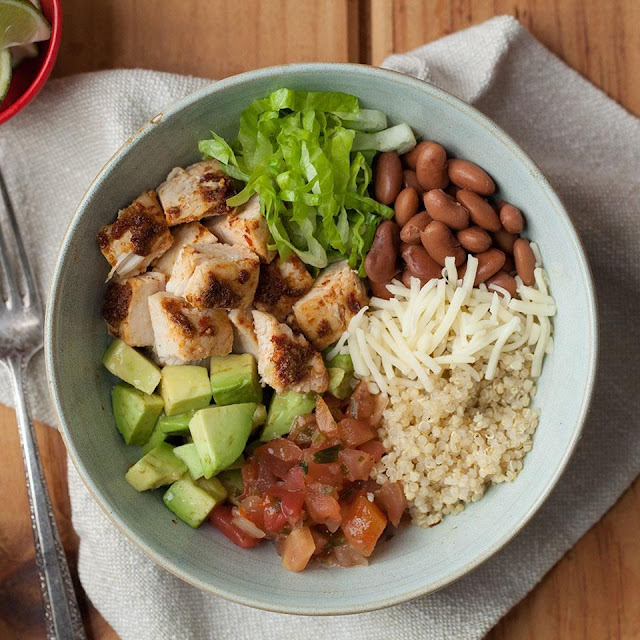 It takes a little work and planning to be successful eating gluten-free.

It's one of the most buzzed-about diets today—but how do you get started eating a gluten-free diet? While less than one percent of Americans have celiac disease and follow a gluten-free diet as a medical necessity, more of us are ditching the bread for other reasons. One in five Americans say they try to eat gluten-free foods, while one in six avoid gluten altogether, according to a 2015 Gallup poll.
There are lots of rumors swirling around the gluten-free diet. "Some people believe it's a healthier way to live or an opportunity for weight loss, however there's no research to confirm that removing gluten from your diet leads to either of those things," says Rachel Begun, M.S., R.D.N., culinary nutritionist and gluten-free diet expert. In fact, eating too many gluten-free packaged foods can cause weight gain, but more on that in a minute.
Maybe eliminating gluten-containing foods just helps you feel better—something the estimated 18 million Americans who suffer from gluten sensitivity can attest to. No matter what your reasoning, starting a gluten-free diet the right way can keep you happy, healthy and satisfied.

Surprisingly, it's similar to a traditionally healthy diet—few fancy foods required. Fill up your plate with naturally wholesome gluten-free foods, such as vegetables, fruits, beans, nuts, seeds, fish and lean meat, says Begun. "This is what dietitians recommend makes up the majority of your diet whether you're gluten-free or not," she says.
And if you love your grains, you can still eat them. "So many people think that gluten-free means no grains at all, but there are so many great gluten-free options out there," says Begun. Rice, millet, quinoa and buckwheat are just a few examples. Today, you can easily find gluten-free pasta made from corn, quinoa or beans.
If you eat this way, you likely won't have to worry about nutritional deficiencies, says Begun. "The exception is if you suffer from celiac disease, since your body does not absorb all of the nutrients from food," she says. Commonly, newly diagnosed celiac sufferers are deficient in fiber, iron, calcium, vitamin D and even protein, according to the Celiac Disease Foundation. In that case Begun recommends speaking with a registered dietitian, who may recommend supplements or other necessary dietary changes.

The #1 Mistake People Make When Starting a Gluten-Free Diet

If you don't plan out this new way of eating, it's easy to default to gluten-free packaged foods. "I see people go on this diet and eat three meals and snacks from these foods," says Begun. You know—the gluten-free muffins or brownies or cereals or pizza. These are often made with refined grains and heavy in sugar and often contain more calories than their traditional counterparts. The result: you may start to gain weight if this is the main change you make to your diet. So think of these as "on occasion" foods. It's just like with any diet. A candy bar is just a candy bar—gluten-free or not.

"Gluten is lurking in so many different foods because there are so many ways companies can use gluten," says Begun. So you're going to get used to playing food detective. While food companies are required to list allergens on the label (e.g. eggs, nuts), they are not required to do this with gluten. So while you can look for "gluten-free" on the front of the package, you should also flip it over and read the ingredients label. (It's also not enough if a food says "wheat-free.") Reading labels and checking for cross-contamination is a must for people with celiac disease.
Here's what you're looking for, according to the Celiac Disease Foundation: wheat, barley, rye, malt, brewer's yeast and oats. Oats are often contaminated with gluten, so they have to specifically be certified gluten-free oats. Gluten-free flours, such as millet or amaranth, should also be bought certified gluten-free, says Begun. If the label lists an ingredient you're not familiar with, "wait to eat it until you can confirm that it's safe," she says.
You probably know that a whole-wheat bagel is not gluten-free, but you might be surprised that some of your other favorite foods aren't eitehr. Watch out for flavored nuts and chips (the seasoning often contains gluten), energy bars (with non-gluten-free oats), creamy soups (flour may be used as a thickener), candy, salad dressings, marinades and soy sauce. If you're vegetarian, you might eat a lot of fake meats (veggie bacon!), but know that these are often made with seitan, which is wheat gluten.

So you already sleuth out labels, but how do you deal with eating gluten-free at a restaurant? "It's about learning what to ask so you can make good choices. In the beginning, it's not easy," says Begun. First, get comfortable asking lots of questions. For example, ask if the dressing is bottled or made in-house. If it's bottled, it may contain gluten; if homemade, ask what the ingredients are.
Gluten-free menus make it easier, but they're still not completely reliable. At a brunch spot, ask if the eggs are cooked on the same griddle as the pancakes—an opportunity for cross-contamination. Are fries dunked in the same oil that chicken fingers (which are floured) were? Do they cook the gluten-free pasta in the same water as the regular pasta? Your server should be happy to answer everything—especially if you're asking nicely—so don't feel bad advocating for yourself.

A gluten-free diet takes work and some planning, especially in the beginning as you're getting used to a new way of eating. Begun suggests people join a local gluten-free support group or finding online support. Nope, it's not therapy; it's about sharing valuable info that can make your life easier and better, like where to go to get the best gluten-free mac and cheese. If going gluten-free is a medical necessity (i.e. you have celiac disease), then absolutely hook up with a registered dietitian who can eating a healthy diet again, says Begun.
http://www.eatingwell.com/article/288542/starting-a-gluten-free-diet-a-guide-for-beginners/
personal chefs and event caterering
Miami + Miami Beach + Fort Lauderdale + Palm Beach
www.yadachef.com