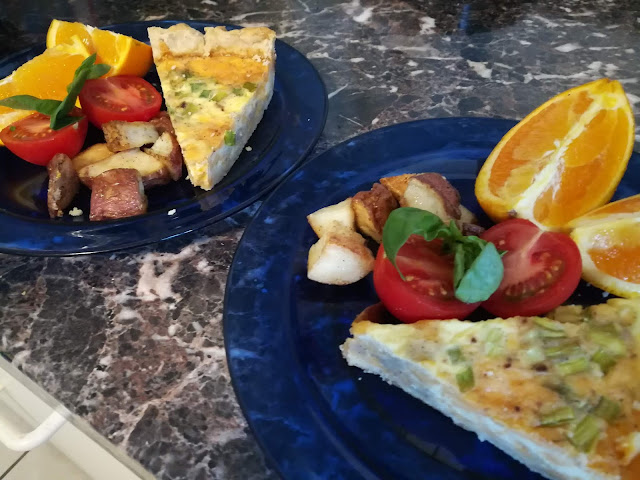 Today is Quiche Lorraine Day. Did you know this dish originated in Germany? According to foodreferences.com; "Although quiche is now a classic dish of French cuisine, quiche actually originated in Germany, in the medieval kingdom of Lothringen, under German rule, and which the French later renamed Lorraine. The word ‘quiche’ is from the German ‘Kuchen’, meaning cake.
The original ‘quiche Lorraine’ was an open pie with a filling consisting of an egg and cream custard with smoked bacon. It was only later that cheese was added to the quiche Lorraine. Add onions and you have quiche Alsacienne. The bottom crust was originally made from bread dough, but that has long since evolved into a short-crust". So we are wondering "Do real men eat quiche"?  For a basic quiche recipe check out this link.  Subscribe to the blog for a multitude of recipes, tips and tricks.
personal chefs and event catering
Miami + Miami Beach + Fort Lauderdale + Palm Beach