If Everyone Started Eating the Recommended Amount of Fruits and Vegetables, There Wouldn't Be Enough 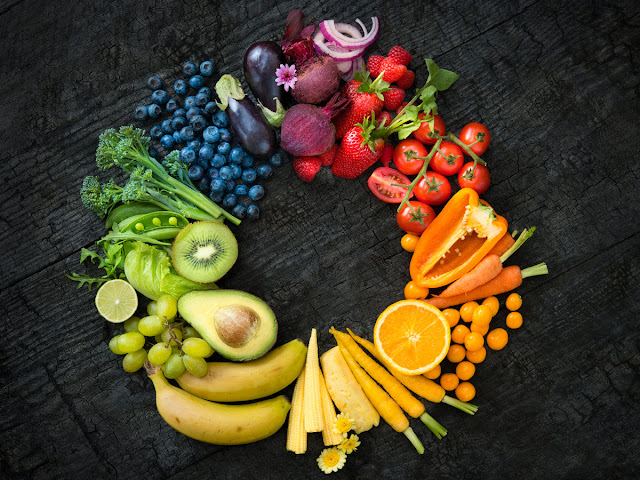 Only 55 percent of the people around the globe have enough access to produce, according to research.
By Mike Pomranz

People are not eating enough fruits and veggies. Yes, it’s something your mom probably said to you a thousand times, but a paper published in the journal The Lancet Planetary Health claims this is a fact. And you know how the researchers know? It’s because they say it’s impossible. If everyone on Earth ate the recommended amount of fruits and vegetables, we wouldn’t have enough to go around.
The analysis, which comes courtesy of researchers from both Australia and the United States, states, “Statistics from the FAO show that the per-capita availability of fruits and vegetables has consistently been insufficient to supply recommended consumption levels.” As of 2015, only 81 countries, covering just 55 percent of the population “achieved average per-capita fruit and vegetable availability consistent with the minimum target.” If you look at “more stringent, age-adjusted recommendations,” those numbers drop to “only 40 countries, representing about 36 percent of the global population.”
Of course, for most of the people reading this, eating enough produce to meet the recommended servings would only require a bit of gumption. And indeed, the paper begins by pointing out that consuming more calories in the form of fruits and vegetables is truly an issue everyone needs to consider. “Current diets are detrimental to both human and planetary health and shifting towards more balanced, predominantly plant-based diets is seen as crucial to improving both,” the authors state. “Low fruit and vegetable consumption is itself a major nutritional problem.”
But later, the research instead highlights discrepancies between different parts of the world. “Reviewing historical data, we see there has been progress at increasing the availability of fruits and vegetables, although it has lagged behind progress made towards reducing hunger over the past several decades,” the authors write. “Our results suggest we are likely to see continued progress but with substantial regional variation, with many regions failing to achieve adequate fruit and vegetable availability.”
Though the fact that the world doesn’t produce enough produce to feed everyone is an interesting takeaway, the authors return to the idea that growing more apples and broccoli won’t solve the problem on its own. “Increasing the supply of fruits and vegetables is crucial to achieving recommended consumption levels; however, this is unlikely to be achieved without changing consumer behavior, as low consumption continues even where availability is not a constraint,” the paper later states. So there you have it: Even though everyone on Earth eating their fruits and veggies might be impossible, you should still listen to your mom and do it anyway.
Food&Wine