The 4th of July and How the Celebration Began 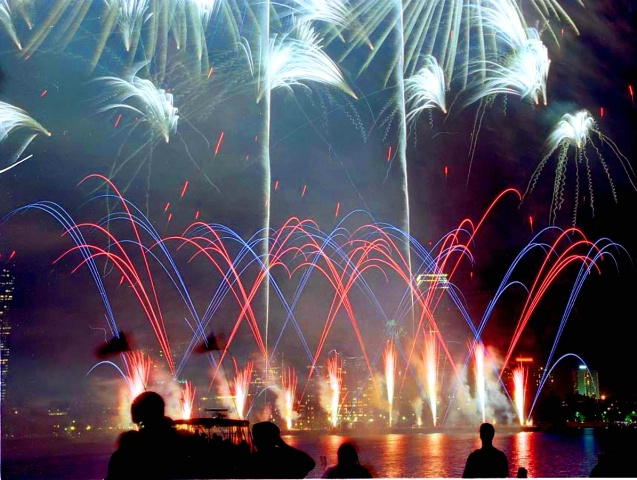 Celebrating the 4th of July
We were under the impression as many of you probably are that that the Fourth of July is a national holiday.  In the United States there is no such thing as a national holiday; a national holiday would be a holiday that is observed in all fifty states. There is much conflicting information and truthfully I am still confused. The President and Congress can only legally establish an “official” holiday for its “federal” employees and the District of Columbia.
Independence Day is a Federal Holiday.  Do we not just take for granted it always was? We just accept it for what it is without knowing how it came about. What is surprising is how much federal legislation was passed to get the Fourth of July recognized as a federal holiday.
1870 – Senator Hannibal Hamlin introduced a Senate Bill titled “Legal Holidays in the District”? This bill was designed to establish the Fourth of July as a holiday for federal employees and the District of Columbia, but it was not to be a paid holiday.
1938 “ The Fourth of July was legislated as a federal holiday with pay for federal employees by a joint resolution of Congress. It was not until 1941 when Robert Ramspeck, Chairman of the Committee on the Civil Serve of the House of Representatives pointed out to Congress that the legislation passed in 1938 failed to specify that Government employees of the District of Columbia would have the day off with pay. The“Holiday Leave for Per Diem Employees of the District of Columbia” amendment was added to the law. 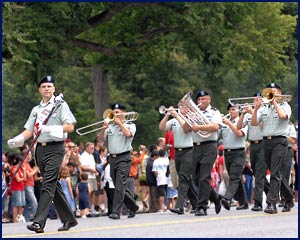 1959  Congress passed an act that stated if the Fourth of July holiday occurred on a Saturday, that the day before the holiday would be considered the public holiday and employees of the federal government and the District of Columbia were to get the preceding day off with pay.
Notice, any bill passed included only Federal and Government employees of the District of Columbia were included, not other state or local government employees.

In Washington DC the National Independence Day Parade takes place annually on July 4th at 11:45 am, on Constitution Avenue from 7th to 17th Street before a street audience of hundreds of thousands of spectators. The Parade consists of invited bands, fife and drum corps, floats, military and specialty units, giant balloons, equestrian, drill teams, VIP's, national dignitaries, and celebrity participants. It is a patriotic, flag-waving, red white and blue celebration of America's birthday!

The Parade is co-hosted by the National Park Service and produced by Diversified Events, which is under contract to the National Park Service.
Participating bands are invited based on recommendations from each state's Governor's office. Other times these recommendations come from a state's music educators office or other music education organizations at the governor's request. The goal is to have at least one band from each of the 50 states.
That evening, parade participants are all part of the audience at the Capitol Building featuring the National Symphony Orchestra and one of the country's largest fireworks displays.
Fireworks seem to be the last vestige of celebration in cities and town across the nation including in our fair burg of Pompano Beach.  Family gatherings, boating trips, and cook outs are a tradition, but the real meaning seems to have fallen away. It is our duty to teach, to remember what and why we are gathering.  We need to contact our city and town leaders to bring the meaning of the celebration back to July 4th. In these times of economic worry it can be no more than a show thanks with a “town cookout” before the fireworks. The cookout could be a byof (bring your own food).  Sometimes traditions from the past are best not to be forgotten.