Skip the Wine - The Art of Pairing Beef and more with Beer. 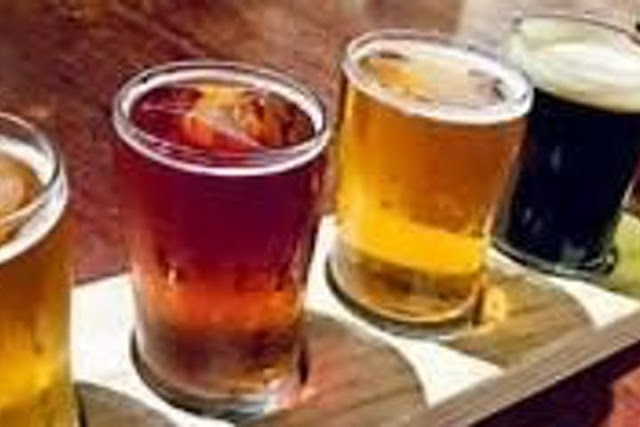 It seems that more and more restaurants are either adding micro brews or expanding the “beer lists” to include pretty exotic beverages.  Usually when you think of pairing a beverage with food you think of wine. Spicy wines are often served with spicy foods, sweet wines with sweets.  Sometimes you want a bit of a contrast to bring out the certain characteristics of both the food and the wine such as a good rose` with subtle fruit or a Gewurztraminer that is slightly sweet to tame the flames.


The same can be said about pairing beer and food, heavy food/heavy beer, light food/light (not “lite” beer.  Use the same rules as with wine, but as I always say rules are meant to be broken.


Beer may actually be more food-friendly than wine is. There is certainly more room for flavor variety. Winemakers, after all, have one ingredient to play with: grapes. Two, if you count wood barrel–aging. Beer makers can experiment with barley (which adds sweetness), hops (which provide bitterness), yeast (which lend that characteristic "bready" flavor), as well as spices, nuts, chocolate, fruits, and vegetables


If you are new to beer pairing it is a start with the rules and then venture out on your own from there.  If you are using beer in a recipe, serve the same beer with the meal. Remember that you want to be able to drink the beer you are cooking with.  If you would not be caught dead drinking it DO NOT cook with it. The flavors only intensify.


Here are some of the basics to get you started on you tasting and pairing journey.  Lager is like white wine and ale is like red. Ales tend to be more fruity, more “robust” and lagers are brewed to be crisp and light.

Serving beer at the correct temperature is important.  Beer can taste syrupy if it's too warm. It's best served between 40°F and 50°F.  Finally, timing really is everything. If you're pairing a whole meal with different beers, course by course, dish by dish, make sure to start with a light beer and work your way toward darker beers.