American Cheese Is Piling Up 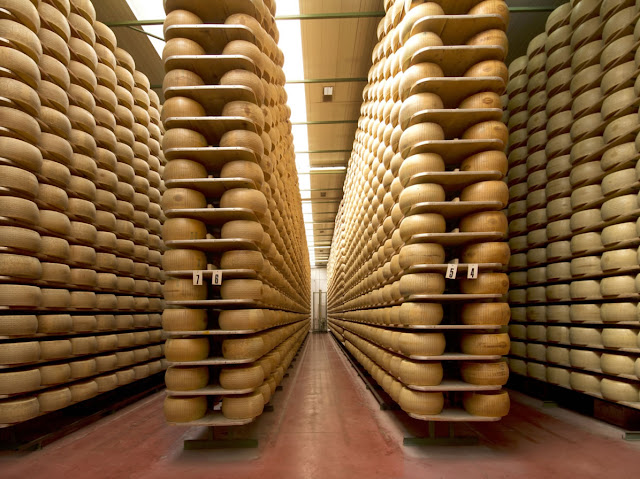 Here's why the U.S. has a major cheese surplus—again
BRITTANY SHOOT

There are many crises plaguing the American public right now. And while a cheese surplus may sound like a delicious problem to have, the record-level excess is nevertheless no match for American appetites.
Roughly 1.4 billion pounds of American, cheddar, and Swiss cheese currently sits in cold storage, according to a report from WBUR. While Americans have never been hungrier for cheese—eating 37 pounds per capita in 2017 alone—that’s still not enough to make up for the rate at which dairy farmers and cheese producers are churning out their goods to sell to the U.S. public or send abroad.
In fact, the international market is one culprit in the cheese crisis. In September, Marketwatch reported that so much cheese had piled up due in part to U.S. cheese exports down 63% to China and 10% to Mexico. Another reason for the cheese surplus? Simply put, consumer tastes have changed, and Americans are reaching for natural and imported cheeses rather than processed cheeses, including American and domestic cheddars. But that doesn’t mean production has slowed or changed course quickly enough to keep up.
This is not the first time this sort of cheese excess has occurred in recent years. In August 2016, the United States Department of Agriculture (USDA) bought 11 million pounds of cheese as a way to alleviate the cheese surplus, worth about $20 million back then. The USDA buy, which was then used through various federal nutrition assistance programs, helped reduce a three-year surplus that was causing dairy revenues to plummet and the cheese marketplace to stall. That followed reports from April 2016, when U.S. cheese inventory hit its highest level in 32 years.
Given that was several years ago and we find ourselves with too much cheese once again, the question seems to be whether—and how—consumers can help make American grate again.
This Story Originally Appeared On Fortune