Missouri is at the vanguard of defining what meat is, thanks to legislation awaiting the governor's signature.
It's an essential, perhaps even existential, question sparked by the growth of plant-based proteins, meat substitutes and lab-grown products. And it's a topic that, while first passed at the state level on May 17, is also being considered at the federal level.
Under the bill, which had overwhelming bipartisan support, only products that come from once-living, breathing animals can be marketed as meat. Specifically, meat would be defined as something "derived from harvested production livestock or poultry." 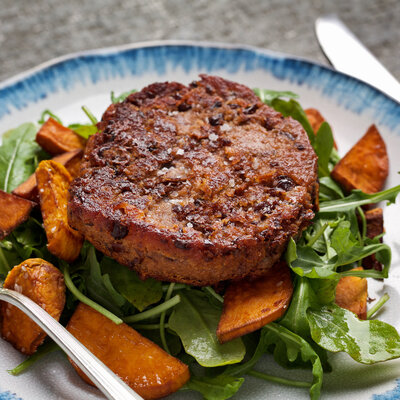 The Rise Of Mock Meat: How Its Story Reflects America's Ever-Changing Values

Spokesman Mike Deering of the Missouri Cattlemen's Association said it's key to protecting livestock producers' livelihoods and investments.
"There's a lot of unknowns about these products and safety protocols and nutrition and all of that ... we're not stifling technology, but [we want to] make sure that we market with integrity and we're honest with consumers," he said.
In a year when the USDA expects Americans to eat record amounts of meat, livestock associations aren't necessarily targeting veggie burgers. They're more focused on plant-based meat products (also known as "clean meat") that have been gaining steam in the past year or so — companies like Beyond Meat and Hungry Planet in Missouri, as well as Impossible Burger and Memphis Meats.
Deering referenced a "knowledge gap" between producers and consumers.
"Why try to mimic the traditional meat industry?" he said of alternative meat company packaging that he claims misleads consumers. "Why put pictures of cattle and pictures of chickens on their product?"
But that's an argument that opponents of the bill, including the Good Food Institute, believe is a nonstarter. They say consumers are smart enough to know what they're looking for at the grocery store.
"All of these products that are currently on the market use descriptors that say what the source of the ingredients are ... you're going to find something that says soy-based vegan beef crumbles," GFI's director of policy Jessica Almy said, adding, "These compound names, like plant-based chicken, both communicate to consumers what the source of the food is." 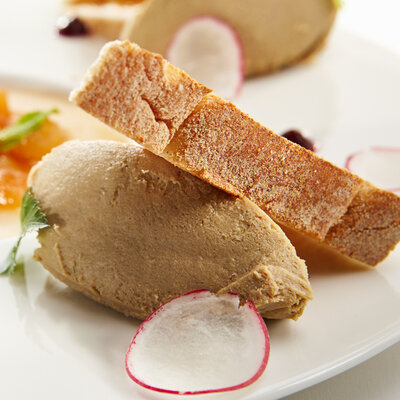 Clean Meat, Via Lab, Is On The Way

She also said that federal law already keeps companies from misleading consumers about what the product is, and she pointed out another possible issue: "a patchwork" of state labeling laws.
"It's going to create a situation where products that go to Missouri have to be labeled differently" than in the other 49 states, and it'll "pose significant and unnecessary hurdles for producers selling new products," Almy said.
Missouri Gov. Eric Greitens has until July 15 to sign the bill into law.
This story comes to us from Harvest Public Media, a reporting collaboration focused on food and agriculture. Follow Erica on Twitter: @ehunzinger
https://www.npr.org/sections/thesalt/2018/05/23/613393904/missouri-may-be-first-state-to-get-serious-about-the-definition-of-meat