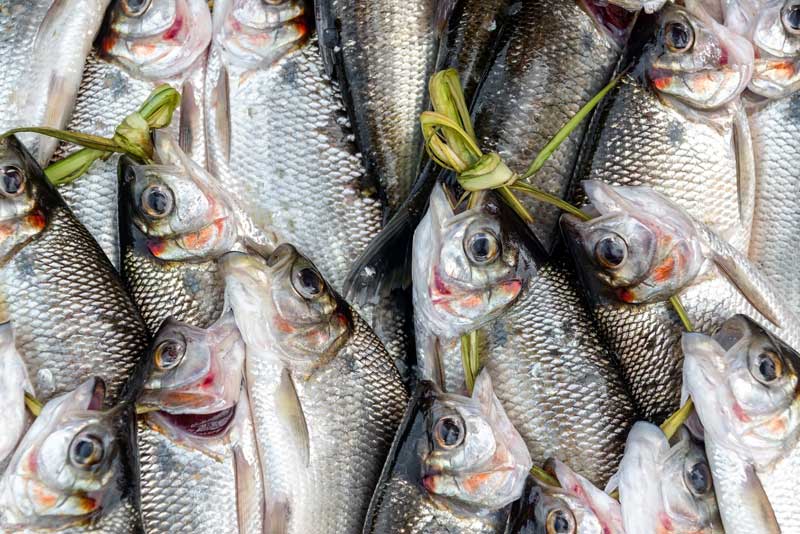 Ceviche includes raw, uncooked fish as a base element. It should be noted that raw fish may carry pathogens that can make humans sick. Bacterias such as Vibrio Parahaemolyticus have caused outbreaks of gastroenteritis in many countries including the US due to improperly cooked seafood. The types of nasties that fish meat can carry include viruses, bacteria, and parasites. It is worth emphasizing here that only the freshest fish should be used when preparing ceviche. Do not use fish that has been lying around or if you have doubts over the handling of the meat before sale. Pregnant women should avoid eating raw fish and shellfish altogether. People suffering from any liver problems or if immune system issues should pass on raw fish and meat.

Is ceviche a health food dish? That depends on several factors. The dish is not high calories, a single serving may top out at 200 to 300 calories. Consider that 1 ounce of uncooked sole is just 26 calories and one serving of fish meat in ceviche is around 3 ounces (85 g). Even if you eat a ½ pound (226 g) of this fish, that’s just 208 calories for 8 ounces. Fish is low in fat (apart from Salmon and other high-oil content fish), has a minimal glycemic load (suitable for a diabetic diet), and is one of the best sources of protein available. Raw bluefin tuna is 122 calories for 3 ounces (85 g) so if calories are a concern choose less calorie-dense fish over fish such as salmon and tuna. 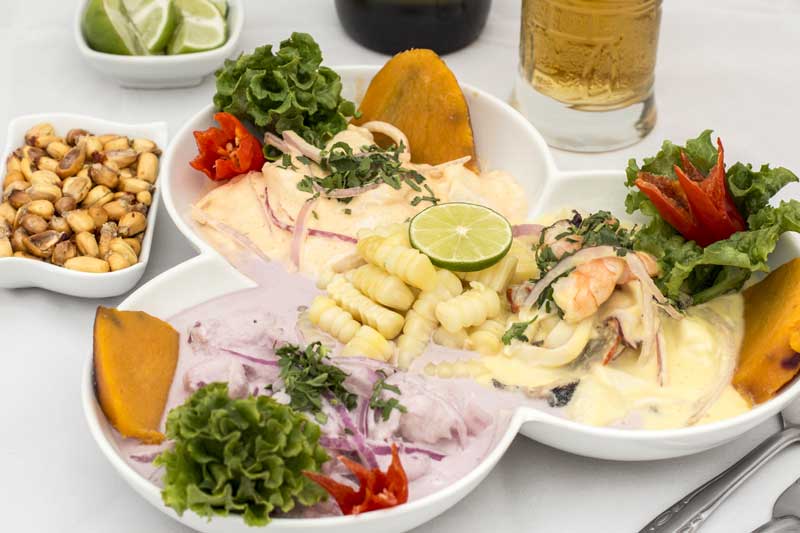 The nutritional value of ceviche depends on how it is prepared. Adding sauces can increase the calories significantly.
The fresh lime juice, red onions, and aji pepper add a good amount of vitamin C, folate, B vitamins, potassium, manganese, biotin, and Vitamin A, K, and E. All are very low in calories and fat. The largest amount of calories in the meal often comes from side dishes or if a sauce is added at the end.  Traditional Peruvian ceviche side dishes are roasted corn kernels and sweet potatoes. One cup of cooked sweet potatoes comes in at 158 calories, but you also get a shot of healthy vitamin C, vitamin A, fiber, potassium, and manganese. One ear of boiled corn on the cob contains 58 calories, with some vitamin C, thiamin, and fiber. Your entire meal of traditional ceviche is probably around 500 calories.
Peruvian ceviche is generally prepared without any additional sauces so it’s a healthy food that you can enjoy for lunch or dinner. Just don’t go overboard with the Inka Cola soft drink or the Cusqueña beer.
https://www.eatperu.com/is-ceviche-healthy/