Diet Rich In Fish And Legumes May Help To Delay Menopause 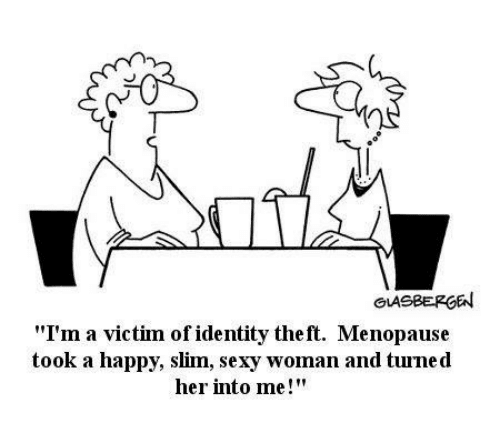 A diet rich in fish and legumes may help to delay the natural menopause, while high dietary intake of refined carbs, such as pasta and rice, may instead help to hasten it, suggests the first UK study of its kind, published online in the Journal of Epidemiology & Community Health.
Several genetic, behavioural, and environmental factors are thought to be involved in the timing of the menopause, and some studies have implicated diet.
To explore this further, the researchers drew on participants from the UK Women's Cohort Study, involving more than 35,000 women between the ages of 35 and 69 from England, Scotland, and Wales.
The women provided information on potentially influential factors such as weight history, physical activity levels, reproductive history, and use of hormone replacement therapy (HRT).
They also estimated the quantities of 217 foodstuffs they ate every day by completing a food frequency questionnaire. The food items were collated into groups according to their culinary uses.
Further information on when the women had gone through the menopause naturally was gathered 4 years later.
In all, some 14,000 women provided information at both time points, and the final analysis included the 914 who had gone through the menopause naturally after the age of 40 and before the age of 65.
The average age at menopause was 51, and certain foods seemed to be associated with its timing.
Each additional daily portion of refined carbs -- specifically pasta and rice -- was associated with reaching the menopause 1.5 years earlier, after taking account of potentially influential factors.
But each additional portion of oily fish and fresh legumes (eg peas, beans) was associated with a delay of more than 3 years. Higher intakes of vitamin B6 and zinc (per mg/day) were also associated with later menopause.
Similar results emerged when the analysis looked at particular groups. For example, eating meat was associated with menopause arriving almost a year later than a vegetarian diet.
Among those who weren't vegetarian, upping daily portions of savoury snacks was associated with the arrival of the menopause almost 2 years earlier, while higher intake of oily fish and fresh legumes was linked to later menopause of more than 3 and nearly 1.5 years, respectively.
Similarly, among mothers, higher intake of oily fish and fresh legumes was associated with later menopause, while additional daily portions of pasta, rice, and savoury snacks were associated with earlier menopause.
Among childless women, eating more grapes and poultry was significantly associated with later menopause.
Egg maturation and release are adversely affected by reactive oxygen species, so a high intake of legumes, which contain antioxidants, may counter this, preserving menstruation for longer, suggest the researchers, in a bid to explain the findings. And omega 3 fatty acids, which are abundant in oily fish, stimulate antioxidant capacity in the body.
On the other hand, refined carbs boost the risk of insulin resistance, which can interfere with sex hormone activity and boost oestrogen levels, both of which might increase the number of menstrual cycles and deplete egg supply faster, they say.
Vegetarians consume a lot of antioxidants too, but they are also likely to eat a lot more fibre and less animal fat than carnivores, both of which are associated with low oestrogen levels, which may also alter the timing of the menopause, suggest the researchers.
This is an observational study, and as such, can't prove causality. Food Frequency Questionnaires are subject to faulty recall, and the study sample was also more affluent and health conscious than average, all of which might have influenced the findings.
But women who go through the menopause early are at increased risk of osteoporosis and heart disease, while those who go through it late are at increased risk of breast, womb, and ovarian cancers, so timing matters, say the researchers.
And they conclude: "Our findings confirm that diet may be associated with the age at natural menopause. This may be relevant at a public health level since age at natural menopause may have implications on future health outcomes."
https://www.sciencedaily.com/releases/2018/04/180430212400.htm