What is carpaccio and why am I doing it three ways? 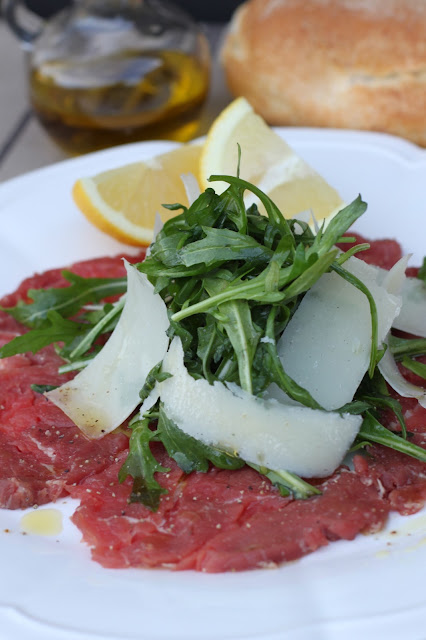 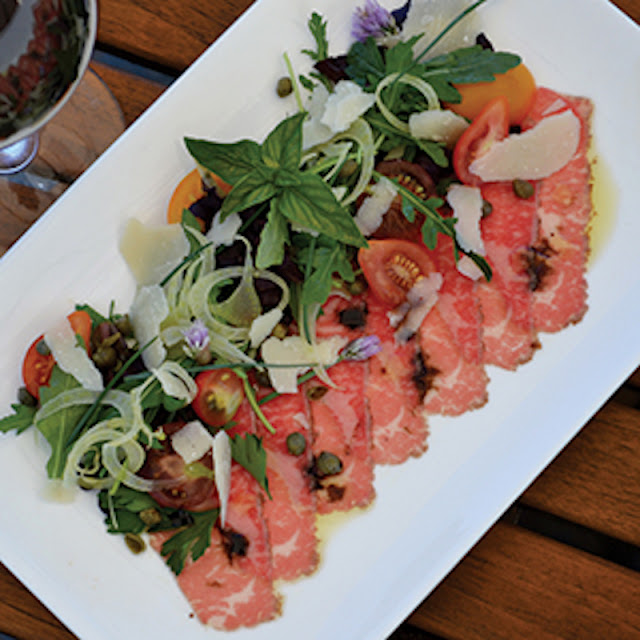 Carpaccio is traditionally a raw meat (beef), thinly sliced, drizzled with a dijon sauce and served as an appetizer.  It is now quite common to refer to fish such as tuna or even vegetables and fruit sliced paper thin and drizzled with some version of a vinaigrette. It was invented in Italy at Harry’s Bar in Venice for a Countess whose doctor recommended she eat raw meat.  Giuseppe Cipriani, the owner of Harry’s, named it after Vittore Carpaccio, an artist, because the colors in the dish reminded him of the paintings. You have the what and a background - the why is once again inspired by another page in this magazine. This time the inspiration comes from our teen artist Alyssa Coleman and her photo of beef carpaccio. The other two more “modern” versions are for those that do not eat beef and for our vegan friends.

Place the fillet in the freezer for about 15 minutes. This will firm it up and allow you to slice it very thinly.  In a small bowl mix together lemon juice, olive oil, and mustard. Whisk to combine. Place 4-5 pieces of the sliced beef on a plate covering the bottom. Take a handful of the greens and mound in the middle of the beef. Drizzle with evenly with olive dressing (about 2 teaspoons/10ml). Sprinkle with ¼ teaspoon/1ml capers, then just a pinch/.5ml salt and pepper and lemon zest. Garnish with a few shavings of  parmesan cheese.

Place the fillet in the freezer for about 15 minutes. This will firm it up and allow you to slice it very thinly.  In a small bowl mix together lemon juice, olive oil, and mustard. Whisk to combine.Rinse sliced potatoes under cold water to remove excess starch. Place in a pot of rapidly boiling salted water for 30 seconds. Remove from water and drain and gently toss with 1 tablespoon of the dressing. Place 4-5 pieces of the sliced beef on a plate covering the bottom. Divide dressed potatoes evenly and mound in the center of the tuna. Sprinkle with ¼ teaspoon/1ml green onions, then just a pinch/.5ml salt and pepper and lemon zest. 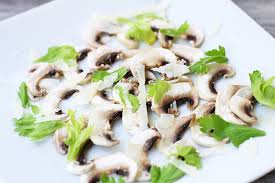 *you can place the slices between 2 sheets of plastic wrap and gently pound thin with a heavy knife or cleaver.