What Happened On This Day – August 8 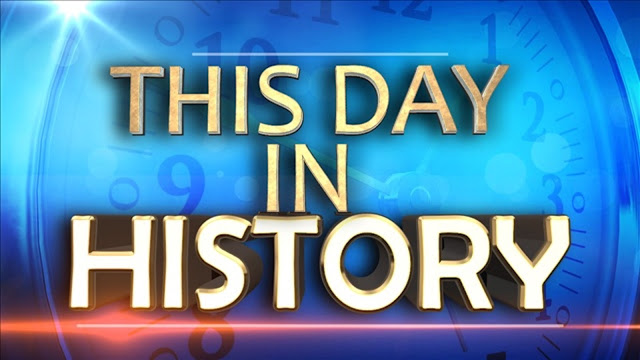 1988 Uprising in Myanmar Begins
The pro-democracy uprising began as a student protest in Burma’s capital city, Yangon. Hundreds and thousands protesters came out on the streets to protest against the one-party rule by General Ne Win. The protests lasted for over a month and were violently put down by the government. They ended after the State Peace and Development Council, a group of senior military officers took over the government in a coup and installed a military junta. The uprisings get their name from the date the protests began - August 8, 1988.

1974 Nixon Announces His Resignation
The 37th President of the United States, Richard Nixon’s resignation came as a response to the Watergate Scandal. The scandal erupted after it was revealed that the Nixon government was involved in the cover-up of a break-in of the Democratic National Committee headquarters at the Watergate Complex. The revelations prompted the Congress to initiate impeachment proceedings against Nixon. His resignation made him the first president in American history to resign while in office.


1969 Photographer Iain Macmillan Takes an Iconic Photograph of the Beatles
One of the most recognizable images of the 20th century, the photograph was taken in the middle of Abbey Road in London and showed all the members of the popular rock band, The Beatles crossing the road on a zebra crossing. The photograph was used as a cover for their 11th album, Abbey Road.

1967 ASEAN is Founded
The Association of Southeast Asian Nations (ASEAN) is an economic and political organization which was formed after the heads of Indonesia, Malaysia, the Philippines, Singapore, and Thailand signed the Bangkok Declaration. The purpose of the organization is to promote regional peace and stability and encourage economic development in the region. Today, ASEAN has 10 member states.

1908 Wright Brothers Publicly Show Off Their Flying Machine For the First Time
The human air flight pioneers displayed their flying machine and its capabilities at a racecourse at Le Mans, France, 5 years after they made their first successful flight in 1903. The flight piloted by Wilbur lasted only 1 minute and 45 seconds captured the imagination of their audiences, and silenced their critics and doubters.