Rosé Wines of the World

The crowd that buys the sickly sweet blush wines are turned off by the dryness of most Rosé wines and the wine snobs are too busy ignoring good Rosé wines because they do not take them seriously.

In my mind there is no question that Europeans are the best Rosé wine producers, especially the French. 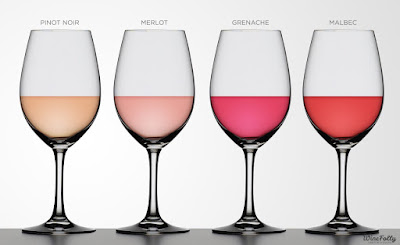 The Bandol region is located around the fishing village of Bandol in Southeastern France just outside of Marseille. The region is mostly known for the production of rosé.  Domaine Tempier's rosé in particular is considered by many to be the finest in France, is fuller and creamier on the palate and shows dimensions not often found in rosé such as vanilla, red berries even leather and herbs. Prices can range from the mid 20 dollar range to the mid 40’s.

Some of the best rosé wines come from the southern Rhone region in France just across the river from the famous Chateauneuf du Pape, which is the only AOC (Appelation d'Origine Contrôlée) that produces rosé exclusively.  Tavel is reputed to have been a favourite wine of Kings Philipe le Belle and Louis XIV as well as the Popes of Avignon.

This wine is the classic salmon-pink rosé.  Subtle flowers and herbs follow an intense fragrance and flavors of redcurrant and strawberry.  Tavel wines are much drier and have more body than most rosé wines and are the only ones that can be cellared (aged), although most are drunk young. Grenache and Cinsault are the main grapes used in the appellation’s wines.  Syrah and Mourvedre were allowed to be included in 1969.

Marsannay is the northernmost region of the Cote d’Or, lying just on the outskirts of the city of Dijon. Marsannay was granted its own A.O.C. appellation in 1987 and became the first which the appellation applies to red, white and rose wines. The grapes for this wine are  exclusively Pinot Noir from the old Domaine Clair-Dau estate.  The estate was bought by Louis Jadot in 1985. The color is that of rosewood. It is dry with light floral notes.

Alsace is best known to most for producing white wines in the German style.  Alsace is located in the northeast region of France bordering Germany.  The rosé wines tend to be made from a combination of Grenache Gris, Grenache Blanc and Mourvèdre, giving the wines a salmon color and a beginning of red berries finishing with a hint of aromas or more exotic fruits like pineapple.

Marsannay located in Burgundy, the Loire Valley, Alsace, and Beaujolais are the other great producers.

Let’s take a quick tour of Italy.  Italy is broken into 20 wine regions.   We will focus on three areas and only a few of the varietals used.  The north; the Alto Aldige, Lombardy and Piedmont, middle; the Abruzzo located on the east coast, Campania just to the south and west of Abruzzo and the south; Apulia (Puglia), the heel of the boot. Wines from the northern region are made with the Nebbiolo varietal.  Planted in primarily clay soils in Piedmont, it has been said this imparts a bouquet of tar and roses. Lombardy along Lake Garda is known for their Chiaretto style rosé wine made from a blend of Barbera, Gropello, Marzemino and Sangiovese. This dry wine is deeper in color than most rosés and low in alcohol.  Alto Adige is Italy’s northernmost wine producing region.  It borders Austria and most of the population speak German.  The wines tend to have blackberry, raspberry, plum and black licorice in the nose and go wonderfully with smoked meats and game.

Central and southern Italy produce the most of the rosé or rosatto wines.  Abruzzi is flanked by the Apennine mountain range stretching from the northwest of Italy down to the Adriatic Sea. The wines produced are excellent, juicy wine thanks in part to the moderate climate. The soil is made up of lime, pebble and clay grounds strongly heated in summer and cold and frosty in the winters.  The Monepulciano is the grape of choice to make the “Cerasuolo/Cherry” rosé, so called because of the deep blush along with the scent of cherry in the nose.  Ripe red berries help to finish this wine off.  Just to the west in Campania you will find many different wines.  The DOC of Vesuvio is the one best for the Lacryma di Christi Rosatto (literally tears of Christ).  The aromas include plums, red raspberries, cherries, white pepper, cinnamon, and smoke (from the volcanic soil of Mt. Vesuvius).

Apulia  produces more wine than any other Italian region, usually making up around 17% of the national total. Apulia has the distinction of producing the first Italian rosé wine in 1943.  The wine was made up of 90% Negroamaro and 10% Malvasia Black.  Apulia has a hot dry climate.  The soil is dry yet very fertile.  These wines can be aged up to two years (odd for a rosé), but are still best drunk young.  The wines are a beautiful light pink.  The nose and the flavour are full of complexities usually found in reds.

Spain produces some wonderfully surprising rosados and the wonderful thing is many are very reasonably priced.  In Cigales, just north of Castile and Leon along the banks of the river Pisuerga you will find excellent rosados made from Tinto del Pais, Garnacha Tinta (Granache), and even the white varieties of Verdejo, Viura, Palomino and Albillo.  The summers are long and hot and winters are extremely cold.  The wines tend to be pale pink in colour. Young, fruity, strawberry with a light cherry edge. Light, dry, fresh, and crisply clean on the finish.

We move to the east to the region of Navarra.  Hemingway fans will know it from For Whom the Bell Tolls and The Sun Also Rises; others for the annual running with the bulls in Pamplona.  The rosados from here are well known.  The wines are a stunning pink/rose.  The fragrance is of flowers, and you finish with a crisp mineral taste picked up from the red clay dirt.

Now we go even farther east to Catalonia bordering France.  The capital is Barcelona and is also the birthplace of Cava, Spanish sparkling wine.  Many of the wines are grown on granite cliffs.  The result is a full bodied, electric violet colored wine.  The bouquet is full of wild strawberries and raspberries and the mouth feel is that of the minerals picked up from the cliffs.

Traveling to the south to La Mancha, yes as in The Man of…we come to the largest single designated wine region, not only in Spain, but in all of Europe.  This region has a brutally hot summer and freezing cold winters.  The majority of the wines are light, mild and dry.

Europe isn’t the only place in the world making Rosé wines.  You can find
excellent examples from South Africa, Argentina, Canada, Australia and
obviously California, not including the Champagnes and other sparklers. There is not enough space in this magazine, or the time for you to read each and every one.  We can touch on these others at a later time.

Keep in mind many of the wines especially from Spain can be found for $10.00 and under. Not all will be cheap though.  As always taste, taste, taste.

A final word for you to remember is that the character of most rosé wines is that of a red.  Serve the wine chilled as you would a white and feel free to serve with anything from hamburgers and hotdogs to an elegant six-course meal.