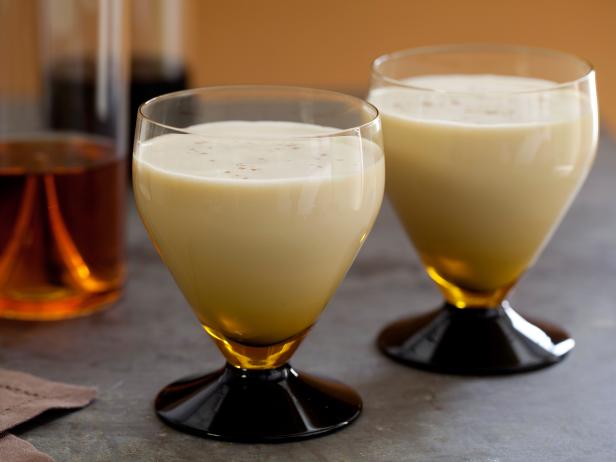 It is that time of the year, at least in most parts of the world: when the weather is cold, winds blow, snow falls and people gather together to celebrate with family and loved ones. South Florida may not get the snow and temperatures may not drop to what some consider cold, but for us the spirit of the holidays is the same.  Here are some egg nog recipes that hearken back to days of yore, and still can help to bring the “yuletide” on.

Traditional Eggnog
I do not know anyone that does not like eggnog, the rich and creamy drink synonymous with winter time.
Serves 8
12 eggs, separated
2 cups/500ml bourbon (optional)
¾ cup/180ml brandy (optional)
1 ½ quarts/1.5L milk
2 cups/500ml heavy thickened cream
1 ½ cups/288g white (caster) sugar
2 teaspoons/10ml ground nutmeg
In a large bowl and using an electric mixer, beat the egg yolks together with the sugar for 10 minutes (the mixture to be firm and the colour of butter). Very slowly, add in the bourbon and brandy. When the bourbon and brandy have been added, allow the mixture to cool in the refrigerator for at least 30 minutes. Just before serving remove the mixture  from the refrigerator.  Stir the milk into the chilled yolk mixture. Mix in 1 ½  teaspoons/7ml ground nutmeg. In a separate bowl, beat the cream with a mixer on high speed until the cream forms stiff peaks. In a third bowl beat the egg whites until stiff peaks form. Gently fold the egg white mixture into the egg yolk mixture.
Fold the cream into the egg mixture. Ladle into cups, garnish with the remainder of the ground nutmeg.

Vegan and vegetarians do not have to miss out on the flavour experience of the holidays with this terrific recipe. It has all of the taste and texture and to make it even better, it is Gluten and Soy Free!
Serves 6
3 cups/511g almonds
2 quart/2L water, divided 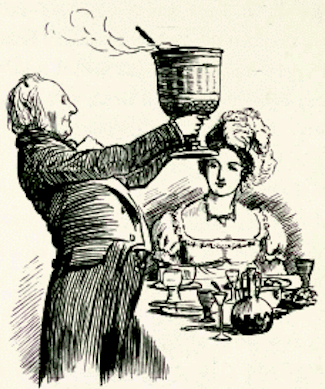 1 tablespoon/15ml vanilla extract
2 tablespoons/30ml agave nectar
2 tablespoons/30ml yacon syrup*
2 teaspoons/10ml ground nutmeg
¼ teaspoon/1ml ground cinnamon
⅛ teaspoon/.5ml ground cloves
In a bowl large enough to hold almonds and water. Soak almonds overnight in water. Discard soaking water and rinse until water is clear. Place soaked almonds and 1 quart/1L of water in a blender. Blend on highest speed for 90 seconds. Strain the milky liquid(milk) through a fine strainer lined with cheese cloth or gauze, discarding the solids.  Place almond milk in a 2 quart/2L bowl add vanilla, agave, yacon, nutmeg, cinnamon and cloves. Beat with a whisk to combine. Refrigerate until cold and serve.
*Yacon syrup is a sugar substitute native to the Andean region of South America. It is glucose-free, and does not increase blood sugar levels. Because of this, yacon syrup is often recommended as a sweetener to those suffering from diabetes or at risk for becoming diabetic.