When and Where Did Caprese Salad Originate 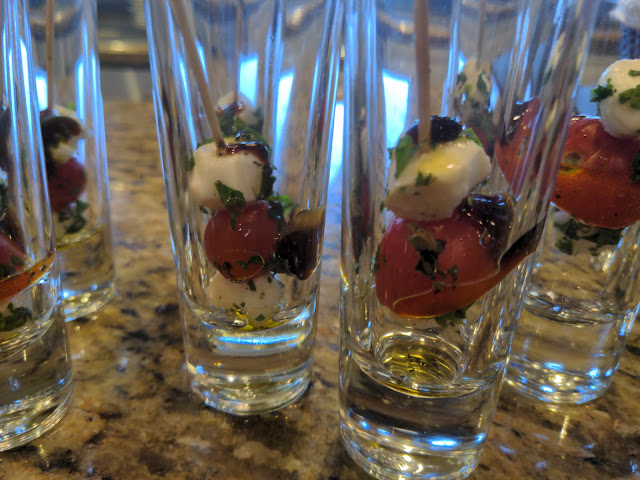 As with many food items the when and where caprese salad came from has a bit of speculation.  The one fact that is not disputed is that is it did not originate on the Island of Capri.  It is said that salightly after World War I, sometime in the 1920's there was a mason that was attending a party and wanted to create a dish that honoured and paid tribute to Italy.  He turned to three (3) very popular and basic ingredients.  Fresh mozzeralla, sun ripened tomatoes and leaves of basil. The tomatoes and mozzeralla where sliced and arranged alternately on a plate.  The vibrant green basil leaves where torn by hand (to reduce discolouration) and sprinkled on top.  All of this was drizzled with extra virgin olive oil.  Whilst this light salad was a hit, the fanfare seeemed to fizzle out.  The story goes that sometime in the 1950's, King Farouk of Egype was hungry and his chef for a snack, he served him a caprese salad sandwich. It was then served to guests who must have ordered it in restaurants, perhaps on the Ilse of Capri.  The dish took off and is now one of the most recognised dishes from Italy.

The Caprese Salad has since been refined, and is made with Mozzeralla di Bufalo, rather than cheese made from regular cows.  Balsamic or a reduction of Balsamic di Moderna often accompanies the drizzle of olive oil.  The sweet and tanginess of the vinegar compliments the creaminess and richness of the mozzeralla di bufalo.

YaDa Chef does their own take on this classic salad that is always a hit as a passed hors d'oeuvres at gatherings.  We us bocconcini (little balls of mozzarella) with cherry tomaties and of course torn, not chopped leaves of basil, then drizzled with only the best of extra virgin olive oil, and served in a tall shot glass as is pictured above.