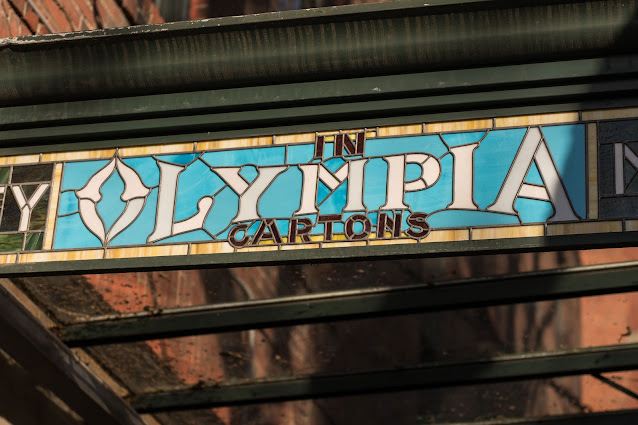 The brand says they still hope to "bring Olympia Beer back home" one day.

An iconic, century-plus-old beer brand is being discontinued… at least temporarily. Yesterday, the official Olympia Beer Instagram account posted that though Olympia will continue on as an artesian vodka brand, the once-successful lager—first brewed back in 1896—is saying "farewell for now."

"Olympia Beer was founded in Tumwater [in Washington] 125 years ago, it's a storied historic beer, intertwined with the history of our region," the post states. "But while we've spent several years trying to bring Olympia Beer back home to be brewed locally, we've also witnessed a growing decline in its demand. Sadly, we have not been able to find a solution to the challenges posed by the reduced beer sales and have had to make the difficult decision of temporarily pausing production of Olympia Beer. We remain committed to finding the best solution to keep brewing Olympia Beer in the future."

A major part of Olympia's decline has been the dilution of its original vision. Decades ago, the beer's slogan used to be "It's the water," but the Tumwater brewery has been closed since 2003. After ownership started cycling through multiple hands back in the 1980s, the brand finally landed with Pabst Brewing in 1999, and the last batches of Olympia were reportedly being produced in California—meaning the primary connection the brand had with its Washington home was sentimental. In the past few years, Pabst was even involved in a legal battle over Olympia's marketing claims about its water.

However, last year, Olympia did tap into a bit of its former glory with the launch of the Olympia Distilling Company in Tumwater. That venture—which the brand boasts has already resulted in "two gold medals and Washington State Vodka Distillery of the Year" honors—will continue. And the brand leaves the door wide open that brewing may be part of their business again.

"Our vodka was always meant to complement our beer," the brand's Instagram post added. "We are proud that Olympia's story will continue in Tumwater at Olympia Distilling Co., helmed by life-long residents and master distillers from our region, and we remain hopeful that we can bring our beloved beer home someday. We are dedicated to carrying on Leopold Schmidt's legacy and ensuring that Olympia's story lives on for many years to come."

It's certainly possible that absence could make the heart grow fonder. In fact, the nostalgia may already be taking hold. The Washington-based newspaper The Olympian reported that some local retailers had been tipped off to the dwindling stocks of Olympia beer before the announcement and had stocked up in preparation. By Monday, T Brothers Liquor & Wine Lodge said they were tearing through their remaining six-packs and 12-packs. "I'm glad to hear that it's temporary," co-owner Andy Thielen told the paper optimistically. "It's good to know that it will come back at some point."