Factories around the country have closed due to COVID-19 outbreaks, but the government is promising things will be back to normal within weeks.

Food is essential; everyone (almost) can agree on that. But without a family farm, the vast majority of Americans require other people to supply that food—meaning these workers could be considered as essential as the food itself. But is meat, specifically, essential? And should hundreds of Americans be putting their health at risk so that other Americans can eat meat? As coronavirus continues to plague the country, the answer has proved surprisingly difficult.

Some things are certain: America’s meat supply is under pressure. Across the country, COVID-19 has shut down processing plants due to staff illnesses, leading grocers to limit meat purchases and leaving at least one major fast food chain, Wendy’s, with burger shortages.

Another certainty: The executive branch wants this resolved quickly. On April 28, President Trump issued an executive order attempting to keep meat processors open. And yesterday, Secretary of Agriculture Sonny Perdue tried to reinforce the idea of a speedy timetable. “I’d say probably a week to ten days where it’s fully back up,” he said in a meeting with Trump and Iowa Governor Kim Reynolds, according to The Hill. “I think we’ve turned a corner.” 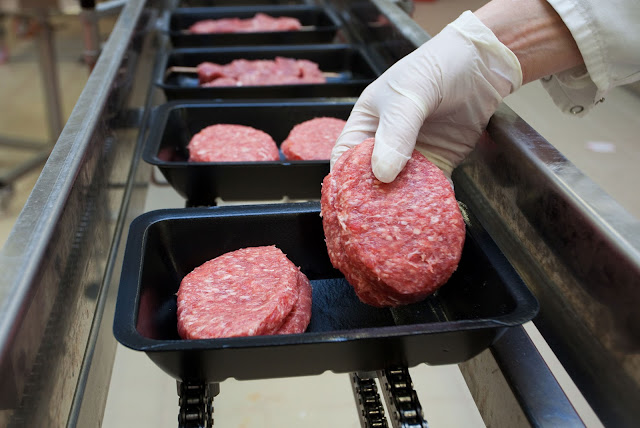 But have we? According to experts, meat processing plants have become hotbeds for coronavirus outbreaks specifically because they are difficult to operate without risk for infection. Plenty of employees at these plants clearly agree because, as Bloomberg found, at least some workers are choosing to walk away. “There’s a number of folks who have quit—and there may be others who decide not to go back,” Kooper Caraway, president of Sioux Falls AFL-CIO, a union representing 3,700 workers at the city’s Smithfield Foods pork plant, told the business site.

And yesterday, a USA Today report found that, since Trump’s order, at least seven plants have shut down anyway. “As we’ve shown in recent days, we will not hesitate to idle any plant for deep cleaning and team member testing,” Tyson spokesman Gary Mickelson told the paper. “Simply put, we will not ask anyone to work in our plants unless we are confident that it is safe.”

Even setting safety aside (which you shouldn’t), reopening plants too quickly likely doesn’t make business sense either. For instance, a JBS USA plant in Greeley, Colorado, has remained opened and attempted to adhere to stricter safety guidelines, but Kim Cordova, president of United Food & Commercial Workers Local 7 union, said the plant isn’t doing enough and offered Bloomberg a compelling explanation why they may want to do more: “If they don’t mitigate, we’re going to continue the cycle of workers dying and workers getting sick,” she was quoted as saying. Trying to rush meat back into production could simply cause the problem to drag on longer.

And all the meat in the world means nothing without the workers to process it. Michael Hughes, spokesman for United Food & Commercial Workers Local 401, may have said it best speaking with Bloomberg. His union represents workers at a Cargill plant in Canada, but his point still applies in America: “Ultimately, [meat companies] aren’t going to be able to do what they want to do at all unless there’s people there to do it.”