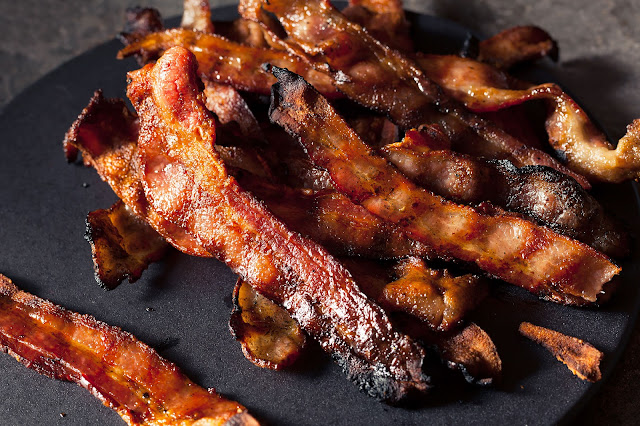 Pork producers have been pushing back on the state's upcoming changes to animal welfare laws.

Last week, the United States Court of Appeals for the 9th Circuit ruled against the American Farm Bureau Federation (AFBF) and the National Pork Producers Council (NPPC) in their latest attempt to prevent California's Proposition 12 from taking effect next January 1. The legislation establishes a minimum space requirement for breeding pigs, calves raised for veal, and egg-laying hens, and bans the sale of eggs, pork, and veal from producers who do not comply with those minimum space requirements.

The AFBF and NPPC have opposed the measure, which is also known as the Farm Animal Confinement Initiative, because they believe it violates the Interstate Commerce Clause of the U.S. Constitution by regulating out-of-state [meat and egg] production, requiring out-of-state producers to "submit to California's mandated production methods or lose access to California's large market."

U.S. Circuit Judge Sandra S. Ikuta disagreed. "It is undisputed that Proposition 12 is neither a price-control nor price-affirmation statute, as it neither dictates the price of pork products nor ties the price of pork products sold in California to out-of-state prices," she wrote in her decision, according to Courthouse News. (In June, the U.S. Supreme Court declined to hear a separate case challenging the constitutionality of the law.)

"The 9th Circuit's unanimous decision comes on the heels of the Supreme Court's recent rejection of a separate meat industry challenge to Proposition 12," Rebecca Cary, a senior staff attorney at the Humane Society of the United States, said after the court's ruling. "It affirms yet again what the meat industry should hear loud and clear by now: that states have the right to pass laws that reject cruel products and protect their citizens' health and safety."

The Associated Press reports that California will start enforcing the law next January and, as of this writing, only four percent of the country's pork producers are currently in compliance with the law's "stand-up-turn-around requirements," which require pigs to be able to fully extend their legs, lie down, stand up, and turn around without bumping into another pig, or touching the sides of their pens.

Although Californians consume around 15 percent of the country's pork products, most of those chops, ribs, and other cuts of pork come from processors in other states — and they're the ones who will have to ensure that their facilities meet Prop 12's confinement requirements. (According to the AP, "non-compliant meat" will not be allowed to be sold in the state "unless the courts intervene.")

In addition to challenging the law in court, pork industry groups are trying to secure federal aid to cover the cost of adapting existing facilities so that they'll meet the new standards. (One hog producer estimated that expanding the pens for his pigs will cost roughly $3 million.) The National Pork Producers Council is also waiting for clarification about whether California will allow pork that has already been produced and is already in the supply chain before January to be sold within the state.