New research demonstrates the unexpected ways "legacy pollutants" can work their way through the environment. 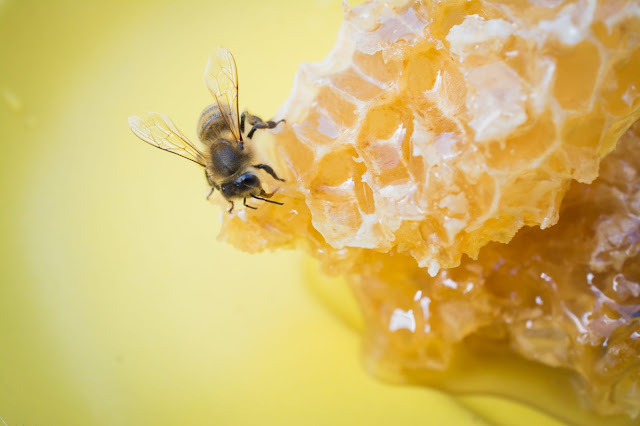 Sometimes the ways in which decisions made by previous generations still affect us today are obvious: In the 1950s, America approved the Interstate Highway System and we still drive on it now. But other repercussions aren't as readily apparent. The 1950s also saw an uptick in nuclear weapons testing and, unsettlingly enough, traces of the fallout from that era can still be found today in jars of honey.

"I'm not trying to tell people they shouldn't eat honey. I feed my kids honey," stressed Jim Kaste, an associate professor at William & Mary's Department of Geology and co-author of the recent study, announcing the findings. "I eat more honey now than I did when I started this project." Instead, the paper—published in the journal Nature Communications—is intended to demonstrate the long-lasting global effects "legacy pollutants" like radioactive fallout can have on the environment and potentially our food supply.

The whole project started as a bit of a fluke: To demonstrate how cesium-137, a radioactive isotope released during atomic bomb explosions, could remain in the environment, Kaste asked his students to bring locally sourced food back with them from spring break. Though many items offered "a whiff" of cesium, a jar of honey from a North Carolina farmer's market was off the charts compared to other examples. "I measured it again because I thought something happened to the container or my detector was bonkers," Kaste said. "I reproduced the measurement. And it was, again, 100 times hotter than any of these other foods."

From there, Kaste and Paul Volante, who was part of the seminar and went on to co-author the paper, began testing other honeys across the East Coast. What they found was "regional patterns in the biogeochemical cycling" of cesium-137. Specifically, how bomb testing spewed cesium into the air; it traveled east where rainfall brought in down; then, interestingly, plants in low potassium soils absorbed the cesium before passing it onto bees who further magnified this radioactive content through their honey-making process. "Potassium is an important nutrient for plants," Kaste explained. "And potassium and cesium atoms look very similar."

Unfortunately, the paper doesn't really address if any of this spread is problematic; that wasn't really the point of the research. "We can't say for sure if cesium-137 has anything to do with bee colony collapse or the decline of population," Kaste mentions. However, in the paper, the authors add, "Given that pollinating insects provide vital services to the world's ecosystem and are essential in maintaining global food security, more research is needed to help us better understand how ionizing pollution threatens their health and survival."

And in a larger sense, Kaste said he hope this research gets people thinking about the unexpected ways pollutants can work their way through our environment—even decades after the fact.