Why Do We Sometimes Call Aluminum Foil "Tin Foil”? 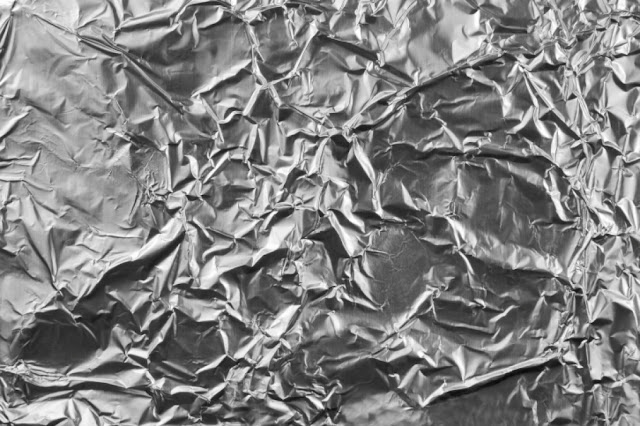 In the early part of the 20th century, most of the foil produced was, in fact, made of tin. It was used in packaging—cigarette packs were lined with it and chewing gum sticks were wrapped in it—and also for wrapping leftover food. The problem was, it gave whatever it touched a distinctive “tinny” taste, just like foods left too long in a tin can.

Tin foil had other uses, too. It was also used as a recording medium for a time (Thomas Edison’s famous 1877 recitation of “Mary Had a Little Lamb” was on tin), but because the recordings didn’t last very long, manufacturers switched to wax cylinders.

In 1926, the U.S. Foil Company (the parent company of Reynolds Metals) introduced aluminum foil. It was an immediate hit. The material was lightweight, non-corrosive, and less expensive than other foils to produce, since it could be rolled much thinner and the yield per roll was much higher. One of the first commercially available products available pre-wrapped in aluminum foil was Eskimo Pies.

So even though tin foil has been out of vogue for almost 80 years, some people still cling to that name—maybe because it has three less syllables than aluminum, or maybe because that’s what grandma always called it.
Tin foil still has its useful place in society, however: There are some who advise that tin foil makes a far more effective deflector beanie than its aluminum counterpart when it comes to protecting your thoughts from V-chips and other spy signals. And we’re not making that last part up.